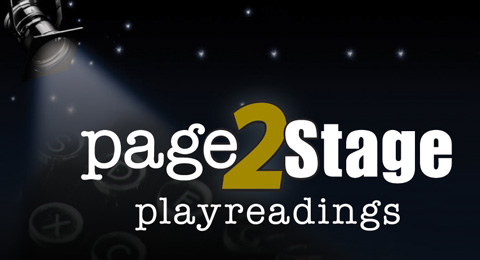 The Page2Stage FREE staged reading series was developed to provide a way for the theatre to present scripts from respected authors that may not always receive the attention they fully deserve. The genres range from classic comedy to thought-provoking drama and all will make for a sophisticated evening of great theatre.

Click the Buy Tickets button at the top to get your FREE Tickets.

The (curious case of the) Watson Intelligence

The (curious case of the) Watson Intelligence is an endlessly inventive, thought-provoking meditation on companionship, devotion and artificial intelligence. Watson is a trusty sidekick to Sherlock Holmes... a loyal engineer who built Bell’s first telephone... an unstoppable super-computer that became reigning Jeopardy! champ... and an amiable techno-dweeb just looking for love. The play jumps through time periods as it follows these multiple Watson incarnations, embodied by a single actor, who is surrounded by Merrick, his nemesis, and Eliza, the object of his desire.

A highly original play, nominated for a Pulitzer Prize for Drama in 2014.

The last play written by Stoppard, arguably one of the greatest playwrights of the modern era, Leopoldstadt follows the experiences of a Jewish family in Vienna from 1899 to 1955. Winner of the 2020 Lawrence Olivier Award for Best Play, the reviewers embraced Stoppard's semi-autobiographical work, knowing that the author of Rosencrantz and Guildenstern Are Dead, The Real Thing, Arcadia, and the screenplay for Shakespeare in Love had told his final tale. "History will record Leopoldstadt as Tom Stoppard's "Schindler's List." The Spectator.

Danny and the Deep Blue Sea

The setting is a rundown bar in the Bronx, where two of society’s rejects, Danny and Roberta, strike up a halting conversation over their beer. He is a brooding, self-loathing young man who resorts more to violence than reason; she is a divorced, guilt-ridden young woman whose troubled teenage son is now being cared for by her parents. Danny, whose fellow truck drivers call him “the animal,” seems incapable of tender emotion, while Roberta, who is still haunted by the memory of an ugly sexual incident involving her father, is distrustful of men in general. And yet, as their initial reserve begins to melt, and they decide to spend the night together, the possibility of a genuine and meaningful relationship begins to emerge—the first for both of them. In the end there are no facile, easy answers, but thanks to the playwright’s skill and compassion, both characters are able to probe within themselves to find an exorcism and forgiveness that, while painfully achieved, offers the hope of a future touched, at last, with more than the bitterness and loneliness that had been their lot before their fateful meeting.

This psychological drama is a thinking person's Gothic thriller, a dark comedy that is both funny and frightening. On a snowy night, Inspector Ruffing is called to a remote house to investigate the headlong plunge of Patrick Roarke down the main staircase. He becomes involved in the lives of five alluring and dangerous women: Marcy, the beautiful Viennese governess with a past; Mrs. Ravenscroft, the flirtatious lady of the manor; Gillian, her charming but possibly demented daughter; Mrs. French, the formidable and passionate cook, and Dolly, a terrified maid. They lead him through a bewildering labyrinth of contradictory versions of Patrick's demise and that of the late Mr. Ravenscroft. You will be teased, seduced, bewildered, amused, frightened and led to a dark encounter with truth or something even stranger.

Did you know that Edgar Allan Poe could be funny? Playwright Jocelyn Beard was unaware of this icon's lighter side until researching his complete works for a monologue anthology. Poe was sent to Edinburgh to avoid having to fight in the American Civil War. While there, he earned money by writing for Blackwood's Magazine, the progenitor of the modern tabloid. Known for its delightfully gruesome tales, Blackwood's was a staple in the 19th century British Empire. Besides Poe, contributors included George Eliot, Joseph Conrad, and Samuel Taylor Coleridge. Blackwood is an adaptation of three extremely funny short stories that Poe wrote about his time at Blackwood's. A perfect Halloween treat for the whole family.